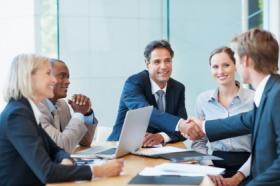 Many transactions involving commercial property are so complicated that it is not possible simply to agree terms, and then jump straight into the transaction. Sometimes the structure of the overall deal involves more than one type of transaction, so several different legal matters need to be co-ordinated together, for example the sale of a company with the renting of property that company owns, or the payment of another party’s costs. Sometimes the transaction to be entered into is so complicated that only its basic structure can be agreed by those controlling it, leaving the detail to be worked-out and entered into later, e.g. by the lawyers. Some transactions may have contingencies and conditions that need to be reflected and/or triggered before the subsequent structure can be known and implemented. In these type of circumstances, ahead of the property arrangement itself, the parties will enter into a more general agreement about how they will subsequently enter into the property arrangement, later on.

This product is our drafting a contract according to the terms we are told have been agreed. It does not include our involvement in the negotiation of the terms.

We don’t generally do anything for new clients until our process of client retention has concluded – this involves agreeing the scope of what we are doing for the price (our terms are below), setting-up our client record, and producing the bill (payment in advance is required for all new clients).

After that, the production of the agreement is a job that we can undertake in a few hours once we can schedule it in our workflow, that can depend on how busy we are at any particular time. We would not usually take-on a job for which we could not engage within about a working week.