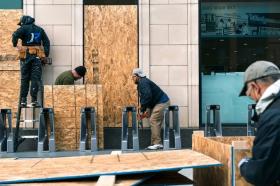 A Commercial Lease is the agreement between a property owner (“landlord”) and property user (“tenant”) about the user’s occupancy of commercial premises. Lease documents are usually long and complex - and give rise to related legal issues we have experience of handling.

Leases are invariably in the form of a Deed – a Deed is a special type of agreement in English and Welsh law that is entered into with particular formalities, and can be enforced in a slightly different manner to “ordinary” contracts. Changes to a lease are invariably also entered into as deeds.

The kind of deeds of variation that might be required for a lease include:

2. Deed of Surrender – to end the lease, releasing the existing tenant, so there is no new tenant; the property reverts to the landlord

It is impossible in English and Welsh law to vary a lease by adding to it any area that was not originally included, nor to make the length of the lease any longer than it was originally – such arrangements take effect in English and Welsh law as a surrender of the existing lease, and its regrant on the varied terms. This can have profound implications, e.g. on mortgages

Landlords will frequently expect tenants to pay the landlord’s legal costs – i.e. as well as the tenant also paying their own legal costs.

We do not actually negotiate the Deed’s terms – we expect those to have been agreed in principle before our involvement; included in this service is communicating with the landlord and tenant about the deeds agreed, then drafting and finalising that deed.

See Registration of Changes for the additional costs arising if the deed also requires registration at the Land Registry.

We don’t generally do anything for new clients until our process of client retention has concluded – this involves agreeing the scope of what we are doing for the price (our terms are below), setting-up our client record (including ID checks), and producing the bill (payment in advance is required for all new clients).

After that, the production of the deed is a job that we can undertake in a few hours once we can schedule it in our workflow, that can depend on how busy we are at any particular time. We would not usually take-on a job for which we could not engage within about a working week.