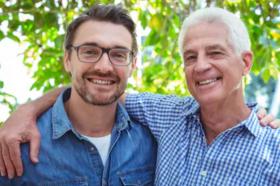 1. limited to certain activities, or “general” (i.e. the attorney can do anything the donor can do), and/or

2. conditional, i.e. only to be exercised in certain circumstances, such as at particular times.

The British usage of the word “attorney” in these circumstances is easily confused with the American use of the same English word to refer to a lawyer; a perplexing “potato / tomato” instance.

Legally, the power is considered to be made at the point at which the attorney actually exercises the power : this means, if the document creating the power is dated earlier than when the power is used, that the authorities will often seek evidence that the power was not revoked between the date the power was made, and the date the power was exercised. Furthermore, because only a donor with mental or physical capacity to act for themselves is able to authorise someone else to act for them, a normal power of attorney is rendered invalid by the donor’s loss of capacity after making the power. This means the authorities might also seek evidence of the donor’s capacity at the time a power is exercised. This is also the reason for the existence of the “Lasting Power of Attorney” – LPA – regime – to enable those who apprehend future loss of capacity to make a power that “lasts” through that loss of capacity – see LPA

This product is for our taking instructions and drafting a normal power of attorney according to them.

We don’t generally do anything for new clients until our process of client retention has concluded – this involves agreeing the scope of what we are doing for the price (our terms are below), setting-up our client record, and producing the bill (payment in advance is required for all new clients).

After that, the production of the PoA is a job that we can undertake in about an hour once we can schedule it in our workflow, that can depend on how busy we are at any particular time. We would not usually take-on a job for which we could not engage within about a working week.