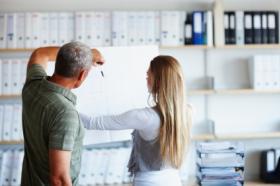 A Contractor is a self-employed worker who provides services to their contracting principal (“client”) in their own right, rather than as an employee. A particularly common form of contracting is when a contractor becomes attached to one principal, and is engaged in their business for a prolonged period, effectively full-time.

A Contracting Agreement is the terms on which such an arrangement may subsist. Such a contractor might work along-side employees of the principal, and are frequently confused with employees. However, legally they are actually quite different.

It is not uncommon for entities wishing to enter into an arrangement for one to provide services to the other, to wish to avoid doing so under an employment arrangement, but seek instead to deal as independent contractors. The tax authorities are vigilant concerning such arrangements – and the Courts and Employment Tribunals hostile toward them at the petition of an aggrieved individual asserting employment rights.

For this reason a body of law “testing” whether a relationship is one of employment or contract has arisen, that will include consideration of such matters as:

The legal obligations of a contractor to a client are generally different to those of an employee:

A Contractor will not generate employment rights (holidays, sickness benefits etc.) which an employer will often regard as costly and undesirable.

Contractor arrangements are very common in the IT market, and in many locum and agency situations. In fact, contractors can be found working in that capacity in almost every industry due to the benefits to either the principal or the contractor of the factors that are listed above.

A Contractor agreement would be appropriate when either the principal or contractor wants to create a contracting arrangement on terms they themselves either wish, or are asked, to specify.

The time our work takes to conclude will depend on precisely what we are asked to do, but we would generally expect to have taken your instructions within two days of you having bought this product. We would normally expect to have produced a useable template within 4 working days. Special dispatch may be available where necessary at an extra charge.

Our work for you includes:

Your supplier is unregulated Mounteney Legal Services Limited, that does not charge VAT