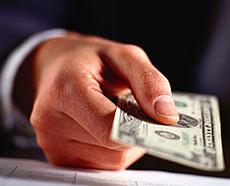 An Employment Compromise is a legally binding agreement to waive legal rights when bringing employment to an end.

There are a range of reasons for using a Compromise Agreement, these include where the employer and employee do not want to follow what could be a long, drawn-out process, such as a performance review or a full redundancy process, before terminating an employment. Where an employee already has issues about discrimination or has raised a grievance, the employer may want to circumvent any processes or possible claims.

The employee might refuse a Compromise Agreement offered if advised that this is not the best way to deal with the termination or if the money offered is insufficient.

The Compromise Agreement will state the full breakdown of payments due and also whether any sums will be paid free of tax. A payment of up to £30,000 compensation can be paid without tax being deducted if it is an ex-gratia payment (a compensatory payment, rather than a contractual payment). The Compromise Agreement will deal with notice payment if this is not going to be worked. Bonuses and commission should also be dealt with in the agreement.

Advice will include consideration of on-going loss of pension, particularly final salary pension, and of other benefits such as insurance.

An agreed reference will often be attached to the Compromise Agreement with a clause that the employer cannot derogate from such reference.

Confidentiality is usually an important part of the Compromise Agreement. There may also be clauses preventing derogatory comments. An employer will usually require an employee to keep the terms of the settlement itself confidential, for example the amount and the surrounding circumstances of termination.

Employers often pay a contribution towards an employee’s legal fees, although there is no legal requirement that they must do so.

We will advise you fully on all the implications of a Compromise Agreement including certification and drafting as necessary.

It usually only takes a few days to finalise an Employment Compromise Agreement and if necessary, one can be prepared in a few hours at extra charge.

Once all parties have signed a Compromise Agreement, compensation is usually paid within 7-21 days. However, certain payments may be made through the payroll on the usual payroll date such as outstanding salary and accrued holiday and bonuses or commission payments.

Our normal work will be charged at a fixed fee of £500 + VAT = £600; often the employer will be prepared to pay the employee’s legal costs, in which instances when acting for employee we may well be willing to agree to do the work for the fee the employer states, provided that fee is not too far off our standard fee outlined here – please enquire if this arises.