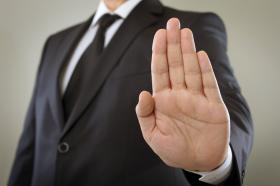 An injunction is a court order that prohibits someone from carrying out certain acts. If an injunction is breached , the party could well face criminal or civil penalties. These can include monetary sanctions and imprisonment. If you breach an injunction, you can also be charged with contempt of court.

There are two types of injunction that are commonly available:

The aim of a non - molestation order is to prevent a person from using or threatening violence and from harassing, pestering or making threats. This could be in many forms including making repeat phone calls and sending abusive letters and text messages.

A non - molestation order usually has a power of arrest attached meaning that if the terms of the order are breached, even if no specific criminal offence has been committed, the person can be arrested.

An occupation order stipulates who can live in the home and can also restrict a person from entering a specified area. Occupation orders are used in cases where a relationship has broken down and a person no longer feels safe living with their partner. An injunction can also be used to protect children.

We can act very quickly to deal with emergency injunctions to issue a warning letter or to appear before court.

This is not a service amenable to blanket fixed fees.  Please Contact Us to arrange a no obligation consultation.