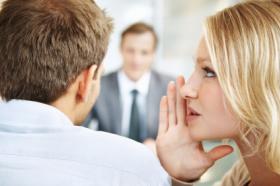 In our experience, many lawyers do not have sufficient familiarity with the basic law of confidence to produce an appropriate NDA form. We commonly encounter NDA forms which are vastly too complicated. Don’t fall into the trap we have often witnessed, of the inappropriate presentation of an overblown NDA wrecking business relations before they have even begun.

English law will imply the two basic duties of confidentiality to a disclosure made in circumstances of confidence: (1) the duty not to disclose and (2) not to use for any purpose apart from the purpose for which the disclosure was made. It is therefore not absolutely necessary to enter into a contract for the basic duties of confidentiality when a disclosure is made in circumstances of confidence. This would normally be implied in any business relationship. A written agreement concerning such disclosure does still serve some useful purposes and we would generally recommend entering into one when the following purposes are important:

Our NDAs are in the form of a letter, so that they are effective even if they are not returned counter-signed. We ensure that our NDAs are concise and simple - you will understand them easily and reasonable commercial partners will not baulk at receiving one.

We would expect to complete an initial draft of the NDA within a week of taking your instructions.  Special dispatch may be available where necessary at an extra charge.

Your supplier is unregulated Mounteney Legal Services Limited, that does not charge VAT